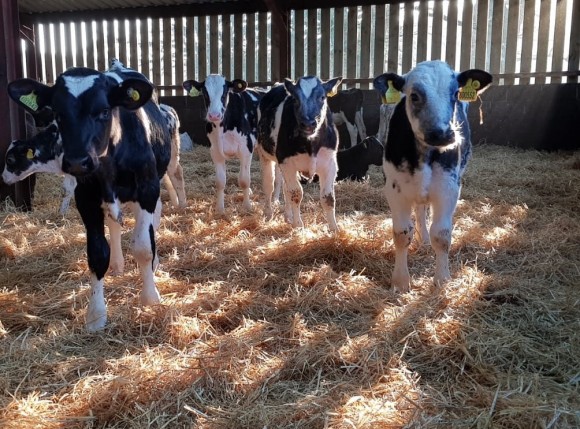 In an industry first, Morrisons is to allow bull calves from its dairy suppliers participating in the Arla UK 360 programme into its beef supply chain.

Dairy farmers supported by Morrisons to participate in Arla UK 360, will also be able to sell bull and beef calves into the calf rearing units of Buitelaar Production, Morrisons beef rearing partners. Belgian and British Blue crossed breeds may go on to form part of Morrisons beef supply chain.

Morrisons Agricultural Manager, Sophie Throup comments, “As we work with Arla farmers making the transition to the Arla UK 360 standards we see the extensive efforts they are making. As we own our own abattoirs and end to end meat production, we saw an opportunity to connect the supply chains to support our dairy farmers even more. Having worked with Buitelaar since 2009 on developing the dairy beef market, we already have a good working relationship to build on through the extended programme for Morrisons Arla farmers.”

One of the Arla UK 360 standards requires that no healthy calf be shot or slaughtered before eight weeks of age so, the move will support farmers by guaranteeing a home for every calf.

Graham Wilkinson, Agriculture Director Arla Foods UK comments, “This move by Morrisons to open up its supply chain to further support our owners, represents everything the Arla UK 360 programme envisioned. Arla’s farmer owners see opportunities to evolve farming if we make a supply chain that works for everyone. This decision and the support through the supply chain with Buitelaar is the perfect example of how bigger change can be delivered in agriculture if we all work together.”

Adam Buitelaar, Managing Director Buitelaar Group, comments, “We share the view of Arla that every calf should have a value and purpose. With 30% of UK beef being imported into the UK, working across the supply chain and across both Beef and Dairy in this way could prove a big step in making Britain further self-sufficient in beef. Having recently received recognition from farm animal welfare organisation Compassion in World Farming and been awarded the Good Calf Award we’re confident our calf rearing units deliver the highest welfare and care for calves, so it is great to see industry leaders come together to rethink the natural links between beef and dairy.”

Arla Foods is a global dairy company and co-operative owned by 10,300 dairy farmers with circa 2,300 of whom are British.