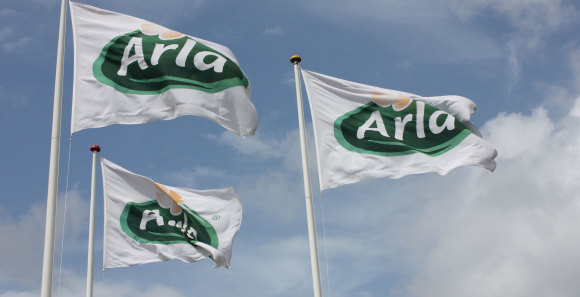 Arla Foods, the UK’s biggest farmer-owned dairy company, has announced that its British owners will receive a total of £64m (70 million euros) as their 2018 year-end bonus from a European wide pay-out of £245 million (290 million euros).

Last night the payment was agreed by the company’s Board of Representatives, which is almost wholly comprised of elected farmer owners and includes 23 British farmers. In the vote Arla’s Board of Representatives approved the proposal to pay out the entire annual net profit of Arla Foods to farmer owners. This sets up an extraordinary pay day on 8 March when a total of £245 million will be wired to Arla’s farmers across Europe as a supplementary payment.

Once a year, Arla distributes its profits equally between all of its farmer owners in its so-called supplementary payment. Normally, the profit is allocated as a 13th payment and retainment, however, a strong balance sheet has enabled the board to deviate from Arla’s retainment policy and propose that representatives pay an amount on average of 2.3 Euro cents, per kilo of milk, (equating to an average of 2.0 pence per kilo) to farmer owners.

“As a farmer-owned company, we are aware that this summer's drought in Europe was extraordinary and affected the feed situation for many of our members. We are satisfied with the positive result of the company’s balance sheet, which makes it possible for us to pay out the entire profit,” says Arla's Chairman, Jan Toft Nørgaard.

"Our balance sheet has improved significantly over the past five years. Our financial goals will remain within the target ranges, provided that the representatives intend to return to the normal retainment policy after 2018,” says Arla’s CEO Peder Tuborgh.

The 13th payment is equally distributed to all farmer owners; proportionate to the amount and quality of milk they supply rather than based on their equity investment in Arla. For the owners, the decision to pay out the entire net profit means that there will be a 13th payment averaging 2.3 Euro cents (2.0 pence) paid for every kilo of milk delivered by each farmer during 2018. The payment is made as part of the annual statement on 8 March 2019.