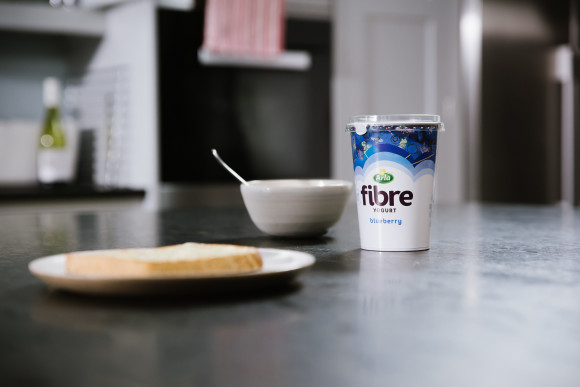 New research released by Arla Fibre today reveals that the nation’s diets are stuck in a rut, with nearly two thirds (61%) of us* eating the same or similar foods every day. Brits cite their daily routines (47%) and lack of time (21%) as the main culprits for their predictable eating habits. It’s no surprise therefore that seven out of 10 (70%) of us wish we could vary our diets more easily.

Worryingly, the poll of 2000 adults also revealed that 45% of us believe that we don’t get the nutrition we need from food as a result of our monotonous meal times, with three quarters (76%) of us wishing it was easier to get the nutrition we need from our existing diets. Despite wishing this, almost nine in ten (85%) Brits don’t know how much of each food group they should be eating each day, with vitamins (25%) and iron (17%) believed to be the food groups that were lacking the most.

People in Yorkshire and Humber are the fussiest eaters, with two fifths (40%) citing their fussy nature or dislike of trying new things as the main reason for their tedious teatimes. In comparison, Scotland, is the most adventurous region, with 94% of Scots interested in trying new foods. People in Wales are the most time poor, with over a quarter (28%) blaming boring diets on their busy schedules, compared with just 14% of people in the North East.

The research, released to mark the launch of Arla Fibre, a new range of tasty yogurts containing 4.7g of fibre per 150g serving, also reveals that whilst 94% think it’s important to have fibre in their diet, only 6% of us, know that we’re supposed to eat 30g of fibre every day. NDNS data**, however, shows that fibre – so often overlooked as a food group – is lacking in most of our diets, with a ‘fibre gap’ of, on average, 12g per person per day.

TV doctor, Dr Ranj Singh, said: “It’s clear that our busy lifestyles are causing meal times to become repetitive, but with a few simple swaps, we can add more colour and excitement into our diets whilst also ensuring we get enough of the different food groups we need to stay healthy. The simple rule that most people already know is always opt for brown over white when it comes to bread, rice and pasta, but there are so many more ways to get more fibre in your diet that people don’t consider. For instance, always keeping the skin on vegetables and swapping your regular yogurt for new Arla Fibre.”

James Quayle, Brand Manager, Arla Foods, said: “On average, the UK population only eats about 18g of fibre a day, so when the UK Government released their 2015 guidelines advising that adults should eat 30g of a fibre, we realised just how much we are lacking from our diets.It’s no surprise that we’re struggling to get enough fibre, when traditional fibre-rich foods can be so bland and uninspiring, so here at Arla, we set out to change all that and created a tasty yogurt which equates to 16% of the 30g recommended by the UK Government in each 150g serving. And best of all… you can’t taste the fibre at all!”

For simple fibre swap tips, watch a film showing how easy it is to increase your fibre intake or find out more about the delicious new Arla Fibre range, visit http://www.arlafoods.co.uk/fibre.