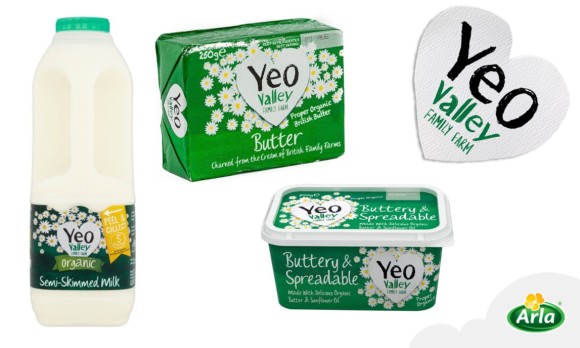 Following the announcement in February this year of the partnership between Arla Foods and Yeo Valley on liquid milk, butter and cheese, we are pleased to now announce that the Competition and Markets Authority has approved the deal following a Phase 1 investigation, and that the transaction is now unconditional.

We look forward to legal completion and to working together on growing the Yeo Valley organic dairy brand in the UK.

Commenting on today’s announcement, Ash Amirahmadi, managing director, Arla Foods UK, said: “This is significant news for our business, the industry and our farmer owners. We want to maximise the growth in organic dairy products and continued investment in the Yeo Valley and Arla brands will be key to this. We particularly want to extend a warm welcome to the dairy farmers within the Coombe Farm Milk Pool who are partner suppliers to Waitrose Duchy Organic.Our cooperative beliefs and values are very aligned and we look forward to working closely in the coming months.”

The Yeo Valley yogurt, ice cream, cream and desserts business will continue to be run independently and remain under the ownership of the Mead family.