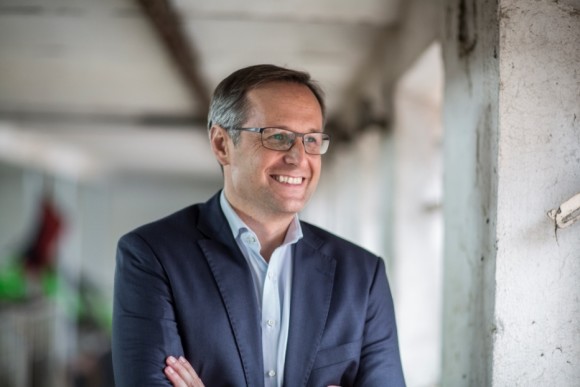 Arla is today announcing the structural changes to its organisation that will enable the business to deliver its Good Growth Strategy 2020 ambitions.

The changes will see the formation of a new global Executive Management Team as well as the creation of a more efficient and globally-focused structure, which will allow the markets to strengthen their commercial and consumer focus.

Arla announced its Strategy 2020 in December 2015, setting out its aim to grow the business in eight global dairy categories and six market regions, as one effective and unified company in a dramatically changing global dairy market.

The ambition is to increase the organic revenue growth rate from the 2 per cent that has been delivered over the last years to at least 4 per cent by 2020.

As a result of the planned reorganisation, Arla anticipates a reduction of up to 500 roles across its markets and functions, and will hold a consultation process with potentially affected colleagues. It is likely that changes will be confirmed by mid-March. Hourly-salary roles in production and transport will not be affected by this particular change.

Peter Giørtz-Carlsen, Executive Vice President, Arla Foods UK said: “This strategic reorganisation will allow our UK business to become more agile and responsive to the dynamic nature of the market. We have strengthened the UK business significantly in 2015 with the growth of our own label and branded volumes in all dairy categories, launched the Arla brand and driven cost efficiencies.

“We now need to take the next step which will be to structure our business to capture the full benefits of our global scale. At the same time, we will become even more commercially focused locally and deliver value to fuel our 2020 ambitions for our farmer owners and customers. It’s unfortunate that a number of roles will be impacted and we will work closely with our colleagues over the coming months to minimise the effect that these changes will have on our people.”

In the UK, Tomas Pietrangeli will take up the country head role from Peter Giørtz-Carlsen. With nearly 20 years of experience working in senior roles for global FMCG brands both in northern and southern European regions, including Procter & Gamble, Unibrew and Reckitt Benckiser, Pietrangeli joined Arla Foods in 2014 as head of its Danish market.

On his UK appointment, Pietrangeli, said: “I am delighted to take up such a prestigious role. As Arla’s largest market, the UK is a key part of our organisation with ambitious plans for the coming years. I’ll be focusing on championing our leadership role in the UK dairy industry as well as delivering the very best for our farmer owners, even during these challenging times.”

The key changes will commence at the top of Arla’s organisation. CEO Peder Tuborgh has assembled a new Executive Management Team (EMT) which is built around specific functional areas and with commercial markets, organised into two geographical areas: Europe and International. This new team will reduce from nine to seven members with responsibilities as follows:

Peder Tuborgh, CEO, Arla Foods said: “Arla has grown its business significantly in recent years both organically and through mergers. However, more milk is being produced globally, Europe is experiencing pressure on prices and very little growth, which means competition, is fierce.”

“In addition, consumer needs are becoming more diverse and our customers expect increasing levels of service. Therefore, we need to be more agile and cost efficient to remain competitive. In order to remain at the very top of their preferred partners list it will be necessary to change the ways we work.”

The Arla amba Board of Directors support the proposed changes.

Arla Foods is a global dairy company and co-operative owned by 12,700 dairy farmers with circa 3,000 of whom are British.

Dating back to 1881, Arla’s purpose is to secure the highest value for its farmers’ milk, while creating opportunities for their growth. With production facilities in 11 countries and sales offices in a further 30, Arla is the world’s fifth largest dairy company and largest supplier of organic dairy products.  Arla has a total of more than 18,000 colleagues and its products are sold under the well-known brands Arla®, Lurpak® and Castello® in more than 100 countries.