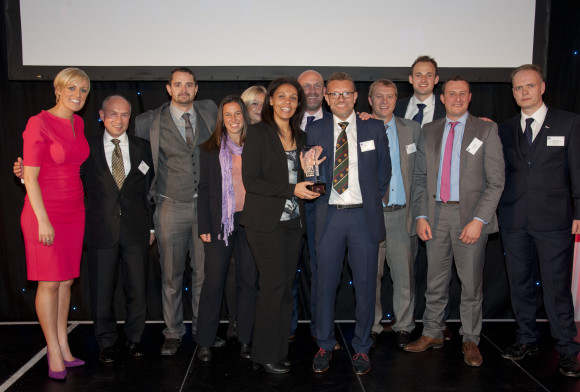 Arla Aylesbury has been crowned winner of the Innovation Award at the 2015 Best Factory Awards (BFA) held in London.

“The level of technological innovation that has been installed is inspiring and it all works together as an integrated whole; creating not just a super dairy but a vision of the dairy for the future. Arla Foods has created not only a more efficient operation but also one that is environmentally friendly.”

The Arla Aylesbury site brings together numerous innovative elements. To name just a few of these: high speed filling lines, camera’s that check the colour of the caps, inspection systems that carry out more than twenty different inspection functions such as the integrity of the closure and the presence of the seal, and the automated guided vehicles that take the milk bottle trolley to the lorries in the dispatch area.

Jo Taylor, site director for Arla Aylesbury said: “I’m delighted for everyone who was involved in the development of the site and all my colleagues who work here. Our aim from the start was to produce great tasting, high quality milk products, and to secure a good price for the farmers who own Arla. Having efficient operations, and drawing on modern technology helps us process more milk, which helps generate more money for our farmers.”

Aylesbury was opened in 2014 and is the world’s largest fresh milk facility, processing and packaging up to one billion litres of milk a year from British farms – equivalent on 1.5m bottles of milk a day.

The awards ceremony, hosted by Cranfield School of Management in partnership with Works Management magazine, brought together some of the UK’s leading manufacturers to celebrate British manufacturing at its best.

Now in their 24th year, the BFA Awards recognise and honour those UK manufacturers who are leading the way when it comes to continuous improvement and delivering superior results for their customers.

Arla Foods is a global dairy company and co-operative owned by dairy farmers circa 3,000 of whom are British.